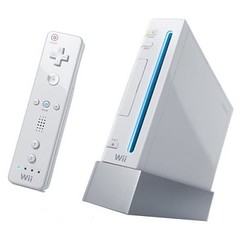 I’ve been a fan and owner of Nintendo’s Wii console for some time. When I heard a while back that Netflix was going to start allowing people to stream movies to the Wii; I got very excited. I signed up for the service the first chance I got and waited eagerly for the disc to arrive. Eventually it hit my mailbox and I’ve been enjoying it ever since.

The thing I hadn’t really thought about was how it would change what I watch. While usually I don’t have connection problems with the service; it does happen from time to time, so I watch more TV shows than movies. Also if I have a couple of hours with nothing better planed or if the weather doesn’t cooperate with what plans I do have, I can quickly choose to watch most anything from my queue. And usually what I choose to watch is one of those movies.

You know what I mean. They’re that class of movie that looked interesting enough that you were kinda/sorta wanting to see it, but not interesting enough that you’d actually be willing to part with cold, hard cash to watch it at the theater. Tonight’s case in point, Echelon Conspiracy. Our main character of the film receives a mysterious cellphone that saves his life and starts to make him rich via well timed text messages. Only the casino he’s at notices and gets upset, worse the FBI gets involved (enough though said casino is in Prague, well outside their jurisdiction). Hijinks ensue, most of which appear to be either outright stolen from other movies or at the very least heavily inspired by them1.

Was this a good movie? Good lord, no. Was it an entertaining way to kill a warm summer night? Heck yeah. Does it make me wonder if the instant gratification of streaming movies via Wii+Netflix is ruining my already questionable test in good cinema? Hmm….

1 My best example of this is the ending, so I’ve changed the text color here to hide it, to avoid spoilers. If you want to see the example select all text on this page. The ending was very much playing off of War Games.

Review: The Sparrow & Children of God