7 Things My Wife Should Know

To My Lovely Wife: 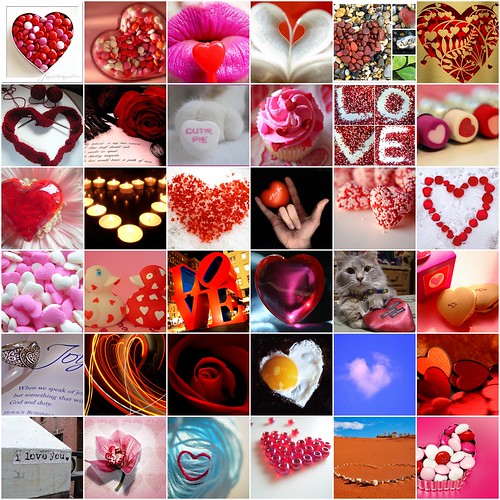 I know I woke up grouchy and not at all in the mood for the “lovey-dovey”ness of Valentine’s Day. Hopefully assembling this mosaic for you, will help you forgive me.

A friend of mine recently wrote talking about how she was feeling stressed out due to her job. She did so in by writing it as a hypothetical letter to “Divine Power That Is”. While I’m not a Divine Power; I’d still wanted to try writing something up to help her feel a bit better. Hopefully this works and to the friend in question here; if this posting doesn’t help…. Well, you’d best tell my wife so she can extract your revenge for you (or at least help you plan it). 🙂

For the rest of my readers who don’t know what I’m babbling about, don’t worry about it. You can just skip the rest of this entry.
END_OF_DOCUMENT_TOKEN_TO_BE_REPLACED

I confess. I’m a technophile. I like reading about new technologies and gadgets. Even better, I like owning new technologies and gadgets. And yet, I don’t have a cellphone of my own. I bought one for my wife but that was only because she was doing a lot of driving out into the boonies of Iowa as part of her degree program. The phone is a couple of years old now but I’m in no hurry to replace it. I’m in even less of a hurry to get one for myself.

Why? Because every cellphone I see out there sucks. The cellphone manufacturers are rushing to build in all sorts of extraneous functionality. This adds to the phone’s weight, size & complexity without providing any meaningful benefit.

Let’s look at a similar product for a moment, the iPod. In a field of hundreds, if not thousands, of MP3 players the iPod is the industry leader and it has the least functionality of the lot. While the other manufacturers have added FM tuners and recorders and god-only-knows what else; Apple has kept the iPod simple and it’s making them money hand over fist.

But what does the iPod have to do with cellphones? Besides that hideous ROKR thing? That’s simple, literally. By restricting the functionality of the device to the bare minimum, Apple gave consumers exactly what they wanted. While cellphone manufacturers keep throwing function after function into their phones in hopes that more people will plunk down $500 for their latest toy.

All those functions sound great, but really how many people actually use all of them? I cannot speak for everybody, but I would greatly appreciate a cellphone that simply promises:

However from all the adverts I see for cellphones; I have a feeling that is just too much to ask for. *sigh*

So last night, the wife was asleep. The cat was on the couch. I was sitting at the computer going through my email, reading a few news websites. Since the wife had left the bedroom door open, I closed the door into the computer room to keep the lights from bothering her.

Then about 10:00, 10:30 at night when I noticed a pounding sound. I was a bit puzzled because it sounded like somebody was at our door. I peeked out the window, but didn’t see any of our friends cars. So I headed up to the door and I could hear voices like the people were talking to one of the neighbors. I looked through the peephole, but couldn’t make out what was going on. Then they knocked again. I opened the door and found two cops on my doorstep.

They said one of the downstairs tenants had called in a complaint that we were making too much noise. They said they’d been told the noise sounded like somebody was stomping or bowling down the hallway. I told them I didn’t know what the noise was because we weren’t doing anything. I also mentioned that sound bounces around in the building quite a bit1.

They replied they’d been out there knocking for a while and hadn’t heard anything, but when they get a compaint they are required to check it out.

1 I recounted the story of the time when we thought the people above us were playing their music too loud, but it turned out the music was actually coming from one of the downstairs apartments.